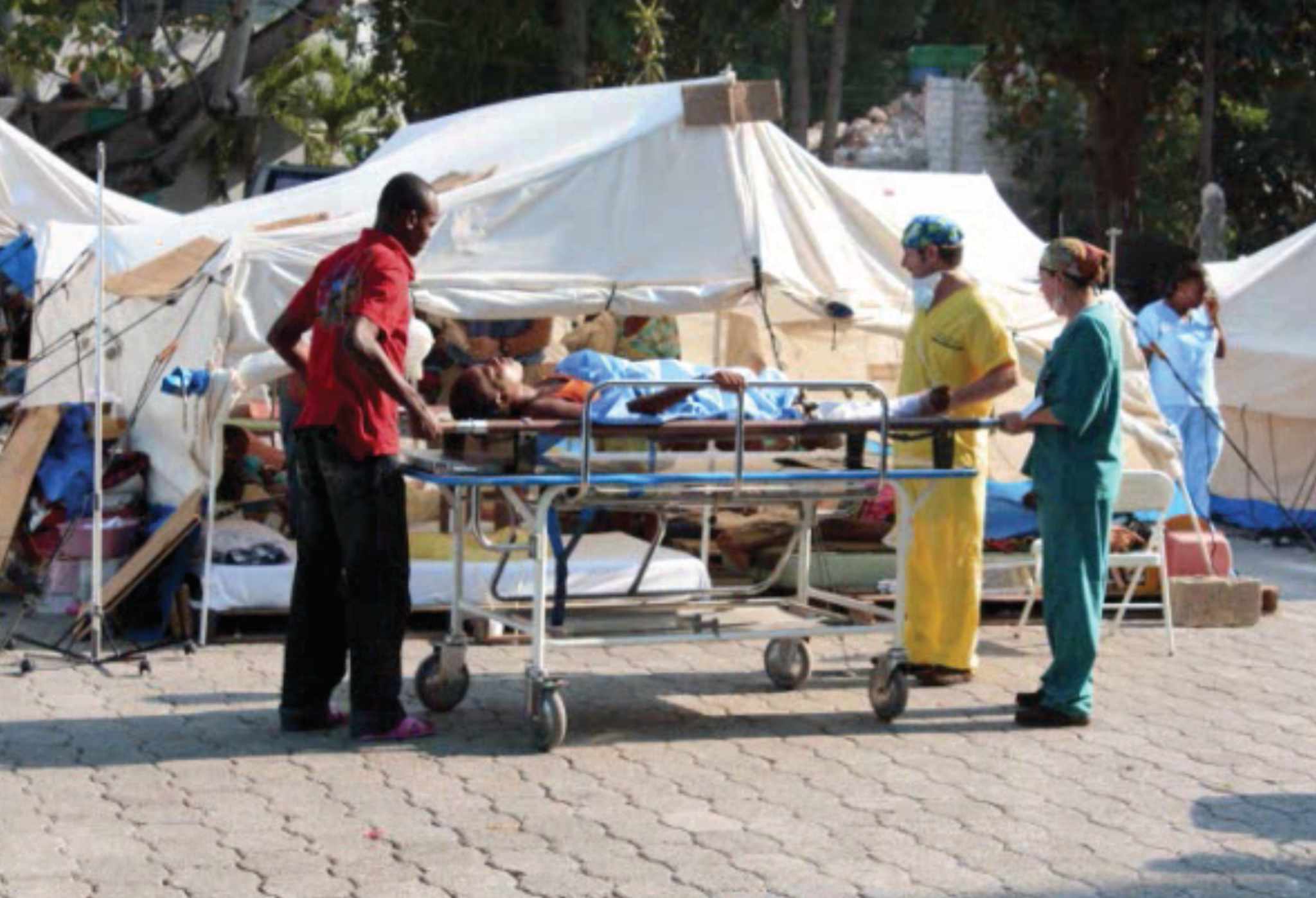 This earthquake was one of the most devastating ever registered in the history of humankind.

The “Institute for Plastic Surgery” built a team to give aid to affected victims of this earthquake as part of a humanitarian aid mission.

Based on the knowledge of the philanthropic work that had been done in Guanajuato, Mexico, the “Sacre Coeur” hospital in Port au Prince in Haiti, asked the “Institute for Plastic Surgery” to build a team in order to provide consultation and treatment in the hospital that was the only one still attending in the capital of the devastated country, and thus, continue the work a team from the United States of America was already doing.

With the assistance of medical laboratories, patients, and friends, we proposed ourselves to not only take humanitarian aid, but to take with us all needed resources to be able to give consultations, provide treatments and medical care, as well as to be able to perform surgical interventions. All this was desperately needed, since victims had suffered important compression lesions (upper and lower limbs’ crushing) and it was important to preserve their limbs and grant the functionality of them. In those cases, where life was compromised, it was important to do the required cleaning procedures and treatments that are essential after the loss of any extremity.

This was an emotionally exhausting experience, but equally gratifying for all of those who believed in this mission and made it happen from the moment of our arrival to the hospital in the capital of Haiti, on.
Also present, was a group of French firefighters, who assisted in carrying patients up to and down from the 6th floor of the hospital, where the operating rooms were situated, and at the same time moving the patients to their tents that were located in the adjacent parking lot. The hospital bedrooms were not in conditions to be used, since the hospital was in a deplorable state, and the only option to accommodate patients were the tents that were used as patients’ lodging facilities.

It was an honor and privilege that we could be part of this important aid mission, thanks to the attitude and disposition of Mexican doctors, and it enabled us to grant attention to more than 50 patients daily.
The replicas of the primary earthquake continued damaging the hospital to such degree that the local authorities decided to shut it down completely, in order to avoid further affectations to attendees and patients. This ended the humanitarian aid mission for Mexican doctors, who left everything behind: family, work, etc., without regards to the secondary sanitary risks such catastrophes convey and that they were exposing themselves to. They gave their heart and knowledge to be able to assist and aid the affected population of Haiti.

The effects caused by the earthquake of Haiti were devastating. 316,000 people died, 350,000 were injured, and more than 1.5 million people were left homeless. These number make this one of the gravest humanitarian catastrophes in the history of humankind.