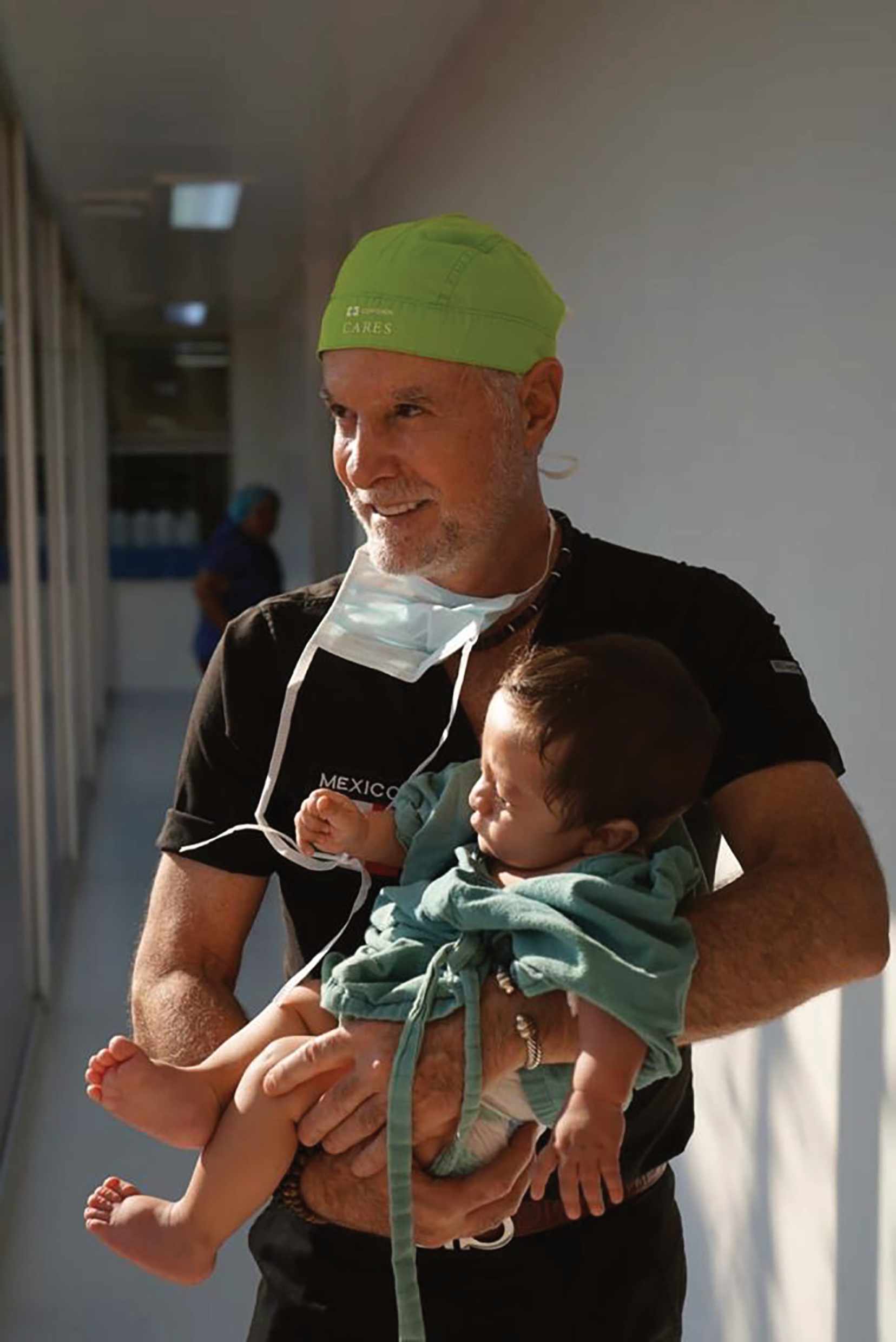 The “Nuevo Amanecer” (“New Dawn”) program is an altruistic medical program that began 35 years ago, where children with Cleft Lip and Palate are treated.

It is focused on low income children in Guanajuato.  The children born with a cleft lip or palate, if not supported by programs like “Nuevo Amanecer”, would be condemned to a life of margination.  Up until a few years ago, those who suffered from cleft lip and palate were stigmatized and ostracized.

When this campaign began, it was considered to treat 10 children per event, however, the affluence and success of the program was such that already in the second year of the program’s creation, it was decided to hold these events every six months, and in the third year, twice yearly, 100 children were treated. This number of treatments has been maintained ever since.

Twice yearly, this program starts when experts in the fields of Plastic Surgery, Pediatric Orthodontics, Pediatrics, Anesthesiology, Otorhinolaryngology, as well as Speech Therapy, Nursing, and Auxiliaries meet in an auditorium with patients to study the surgical cases (approximately 20 per day). Additionally, treatments for previously treated patients are updated. In more than three decades, 4000 low income children have had surgeries.

The department of otorhinolaryngology places ventilation tubes in children who require so, and they also develop research protocols, like for the use of platelet rich plasma in the procedure of bone grafts. The department of dermatology is in charge of scarring problems and laser procedures.

The work headed by Dr. Abel de la Peña, has the support of institutions like ISSTE, where the procedures are done, as well as from the Health Secretary of Guanajuato and the state-run DIF.

To be able to undertake these surgeries, the team counts with the participation of professionals from the Institute of Plastic Surgery of the University of Stanford, as well as having the support of teaching programs in Mexico, especially from the “Hospital 20 de Noviembre”, The Institute of Reconstructive Surgery in Jalisco, Mexico (Instituto de Cirugía Reconstructiva de Jalisco), and for anesthesia, the support is given by doctors from the General Hospital in Mexico (Hospital General de México).

From the private sector we have the support from enterprises like: Cardinal Health, Covidien, Medtronic, Hyal corp, Medestore, etc.

The “Nuevo Amanecer” campaign has been supported by surgeons from all over the world who attend these events to continue and actualize the knowledge in their entities.

“Without a doubt this is the most rewarding attending work I have done in my life, an adventure worthy of being replicated, because what began as a commitment, nowadays has turned into a privilege”